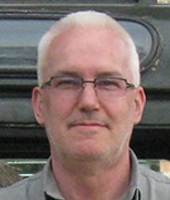 He has particular interests in labour history, slavery, urbanization, colonialism, nationalism, and war and society throughout the African continent and beyond. His book, Carriers of Culture: Labor on the Road in Nineteenth-Century East Africa, was awarded the Joel Gregory Prize by the Canadian Association of African Studies for the best book on Africa written by a Canadian and published in 2006 or 2007.

His current projects include a history of Tabora – a 19th century commercial city in Tanzania, as well as research on Tanzanian national identity, and South African anti-apartheid exiles in Canada. In 2009 he published (with Rick Halpern) Inventing Collateral Damage: Civilian Casualties, War and Empire.