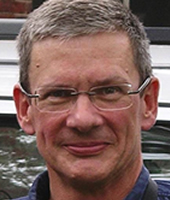 His research interests (1830-1918) include German regional history, nationalism, anti-Semitism, elections, and historiography. His books (authored and edited) include:

He has also published a volume of online documents and images on Bismarckian Germany for the German Historical Institute, Washington DC.

Professor Retallack has held grants, fellowships, and research prizes from the Alexander von Humboldt Foundation, the Gerda Henkel Foundation, the German Academic Exchange Service, the SSHRC of Canada, the Jackman Humanities Institute, the Killam Program at the Canada Council for the Arts and the John S. Guggenheim Foundation.

He has held Visiting Professorships at the Free University Berlin (1993-4) and the University of Göttingen (2002-3) and he was Visiting Scholar at the Bergische Universität Wuppertal (2014).

He is General Editor of “Oxford Studies in Modern European History” and was inducted as a Fellow of the Royal Society of Canada in 2011.

His book Red Saxony: Election Battles and the Spectre of Democracy in Germany, 1860-1918 appeared with Oxford University Press in 2017.