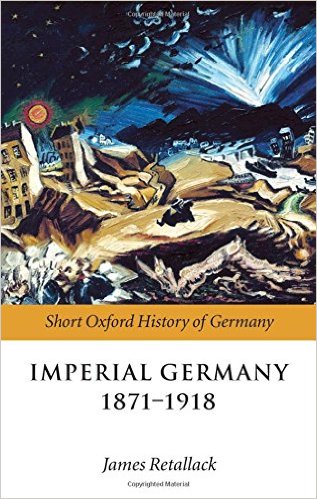 The German Empire was founded in January 1871 not only on the basis of Chancellor Otto von Bismarck's "blood and iron" policy but also with the support of liberal nationalists. Under Bismarck and Kaiser Wilhelm II, Germany became the dynamo of Europe. Its economic and military power were pre-eminent; its science and technology, education, and municipal administration were the envy of the world; and its avant-garde artists reflected the ferment in European culture. But Germany also played a decisive role in tipping Europe's fragile balance of power over the brink and into the cataclysm of the First World War, eventually leading to the empire's collapse in military defeat and revolution in November 1918.

With contributions from an international team of 12 experts in the field, this volume offers an ideal introduction to this crucial era, taking care to situate Imperial Germany in the larger sweep of modern German history, without suggesting that Nazism or the Holocaust were inevitable endpoints to the developments charted here.

James Retallack is a 2011 Fellow of The Royal Society of Canada.