The Unknown Gulag: The Lost World of Stalin's Special Settlements 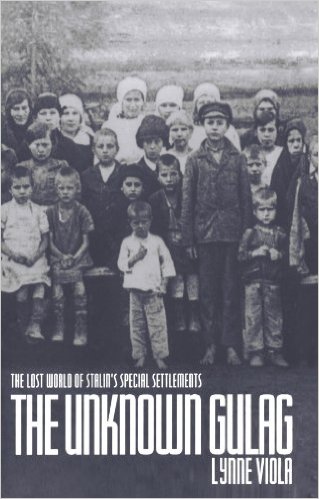 One of Stalin's most heinous acts was the ruthless repression of millions of peasants in the early 1930s, an act that established the very foundations of the gulag. Solzhenitsyn barely touched upon this brutal episode in his magisterial Gulag Archipelago and subsequent writers passed over the subject in silence. Now, with the opening of Soviet archives, an entirely new dimension of Stalin's brutality has been uncovered. The Unknown Gulag is the first book in English to explore this untoldstory. Historian Lynne Viola reveals how, in one of the most egregious episodes of Soviet repression, Stalin drove two million peasants into internal exile, to work as forced laborers. The book shows how entire families were callously thrown out of their homes, banished from their villages, and sent to the icy hinterlands of the Soviet Union, where in the course of a decade, almost a half million would die as a result of disease, starvation, or exhaustion. Drawing on pioneering research inthe previously closed archives of the central and provincial Communist Party, the Soviet state, and the secret police, Viola documents the history of this tragic episode. She delves into what long remained an entirely hidden world within the gulag, throwing new light on Stalin's consolidation of power, the rise of the secret police as a state within the state, and the complex workings of the Soviet system. But first and foremost, she movingly captures the day-to-day life of Stalin's first victims, telling the stories of the peasant families who experienced one of the twentieth century's most horrific instances of mass repression. A compelling story of human suffering and survival in Stalin's Soviet Union, here is a new chapter in the history of the gulag, virtually hidden from sight until now.