Jews and Ukrainians: A Millennium of Co-Existence 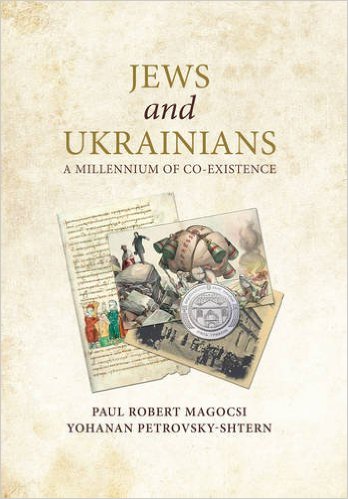 There is much that ordinary Ukrainians do not know about Jews and that ordinary Jews do not know about Ukrainians. As a result, those Jews and Ukrainians who may care about their respective ancestral heritages usually view each other through distorted stereotypes, misperceptions, and biases. This book sheds new light on highly controversial moments of Ukrainian-Jewish relations and argues that the historical experience in Ukraine not only divided ethnic Ukrainians and Jews but also brought them together.

The story of Jews and Ukrainians is presented in an impartial manner through twelve thematic chapters. Among the themes discussed are geography, history, economic life, traditional culture, religion, language and publications, literature and theatre, architecture and art, music, the diaspora, and contemporary Ukraine. The book’s easy-to-read narrative is enhanced by 335 full-color illustrations, 29 maps, and several text inserts that explain specific phenomena or address controversial issues. Jews and Ukrainians provides a wealth of information for anyone interested in learning more about the fascinating land of Ukraine and two of its most historically significant peoples.