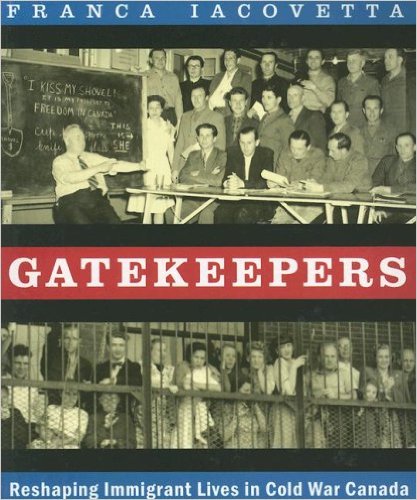 An in-depth study of European immigrants to Canada during the Cold War, Gatekeepers explores the interactions among these immigrants and the "gatekeepers"-mostly middle-class individuals and institutions whose definitions of citizenship significantly shaped the immigrant experience. Iacovetta's deft discussion examines how dominant bourgeois gender and Cold War ideologies of the day shaped attitudes towards new Canadians. She shows how the new comers themselves were significant actors who influenced Canadian culture and society, even as their own behaviour was being modified.

Generously illustrated, Gatekeepers explores a side of Cold War history that has been left largely untapped. It offers a long overdue Canadian perspective on one of the defining eras of the last century.