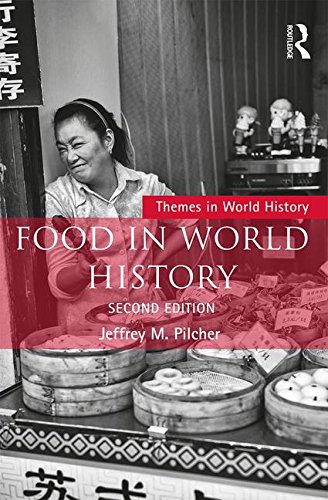 The second edition of this concise survey offers a comparative and comprehensive study of culinary cultures and food politics throughout the world, from ancient times to the present day. It examines the long history of globalization of foods as well as the political, social, and environmental implications of our changing relationship with food, showing how hunger and taste have been driving forces in human history.

Including numerous case studies from diverse societies and periods, Food in World History explores such questions as:

This new edition includes expanded discussions of gender and the family, indigeneity, and the politics of food. Expanded chapters on contemporary food systems and culinary pluralism examine debates over the concentration of corporate control over seeds and marketing, authenticity and exoticism within the culinary tourism industry, and the impact of social media on restaurants and home cooks.