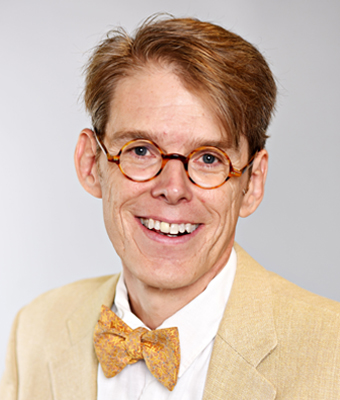 Jeffrey Pilcher has been a leading figure in the emerging scholarly field of food history. From an early research focus on Mexico and Latin America, he has expanded his scope to food in world history. He is the author of ¡Que vivan los tamales! Food and the Making of Mexican Identity (1998), The Sausage Rebellion: Public Health, Private Enterprise, and Meat in Mexico City (2006), and Food in World History (2006). His latest book, Planet Taco: A Global History of Mexican Food (2012), seeks to historicize authenticity and show how Mexico’s national cuisine developed through global interactions, particularly with Mexican American cooks.

Professor Pilcher is the articles editor for a new, peer-reviewed journal called Global Food History, which is published by Bloomsbury. He also edited the Oxford Handbook of Food History (2012) and a four-volume anthology from Bloomsbury entitled Food History: Critical and Primary Sources (2014).

His current book project examines the world history of beer over the past two hundred years, following the spread of European lager through networks of trade, migration, and empire. The research moves between the global and the local to explore how European brews became situated within the drinking cultures of Mexican pulque, Japanese sake, and South African sorghum beer, among others.