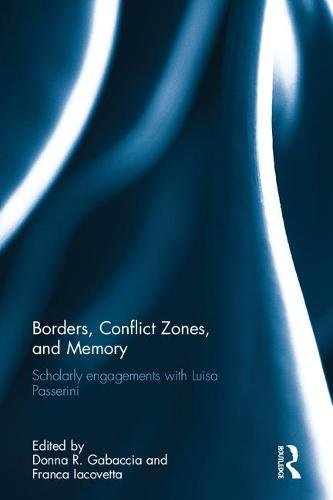 This volume pays tribute to Luisa Passerini, whose scholarship has had a major impact on feminist and other scholars around the world. First known internationally for developing new conceptual approaches to oral history and memory studies based on the recognition of the subjective nature of memory, Passerini has more recently written about autobiography, the history of emotions and concepts of belonging in Europe, and reimagining a more inclusive Europe.

In this book, scholars from North America, South America and Europe engage Passerini’s groundbreaking insights into the nature of subjectivity, intersubjectivity, autobiography, and love in relation to the themes of borders, emotions, and memory. The contributions deal with topics including Mennonite refugee women's food memories; the testimonies of far-left Chilean women who survived brutal sexualized violence; and memories of the war between East and West Pakistan, and India and Pakistan. Other contributions to the volume situate and reflect on Passerini’s career-encompassing scholarship. Passerini speaks with the editors of her latest work on oral and visual memories of human movement, and also offers a thoughtful response to the essays, whose authors represent a transnational and multi-generational group of scholars. This book was originally published as a special issue of Women’s History Review.