This Blessed Land: Crimea and the Crimean Tatars 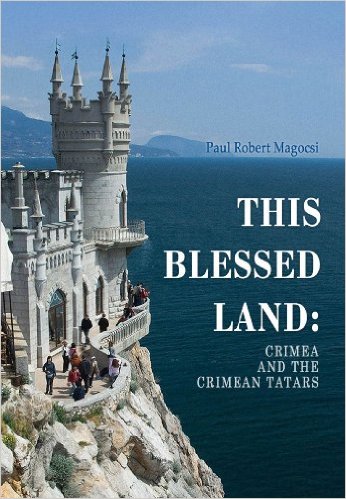 A virtual island in the Black Sea, Crimea is connected to the European continent by only a narrow sliver of land. For centuries it was part of the Ottoman and Russian empires, then the Soviet Union, and today independent Ukraine. But its history goes back even farther, as is evident from a landscape filled with the remnants of cultures and peoples: classical Greeks, Goths, Byzantines, Mongols, imperial Russians, and, most importantly, Crimean Tatars.

An authoritative introduction to this fascinating region, This Blessed Land is the first book in English to trace the vast history of Crimea from pre-historic times to the present. Written by Paul Robert Magocsi, author of A History of Ukraine: The Land and Its Peoples and the Historical Atlas of Central Europe, This Blessed Land will captivate general readers and serious scholars alike.

Published by the Chair of Ukrainian Studies, University of Toronto.