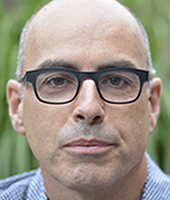 Professor Hawkins’ interests focus on the social and cultural history of sub-Saharan Africa in the 19th and 20th centuries. His former work focused on such topics as identity, political authority, religion, medicine, colonial law, and marriage; these were brought together in his recent book Writing and Colonialism in North Ghana: The Encounter between the LoDagaa and “the World on Paper”, 1982-1992 (Toronto: University of Toronto Press, 2002).

His present research project examines the history of Western perceptions, which often were little more than denials of African emotional subjectivity. The project pays particular attention to the Anglo-American world of the last three centuries, looking at the history of Western discourses about slavery, race, kinship, and, finally, animals. He is also interested in the history of African identity, both on the continent and within the wider diaspora. This interest led to a collection of essays co-edited with Philip D. Morgan, The Black Experience of the Empire, (New York: Oxford University Press, 2004), which is a companion volume to the Oxford History of the British Empire.

Finally, he is working on a set of pedagogical and publishing projects highlighting the African contribution to the Western idea and practice of freedom.