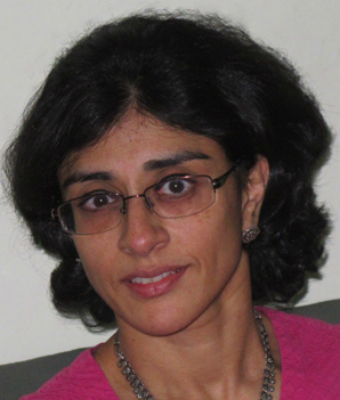 Department for the Study of Religion

Malavika Kasturi teaches South Asian history in the Department of  Historical Studies, and is graduate faculty at the Departments of History and the Centre for the Study of Religion. She completed her  BA from Delhi University, MA  and MPhil at Jawaharlal Nehru University in India,and received her PhD at from the University of Cambridge. Dr. Kasturi’s first monograph, Embattled Identities, Rajput Lineages and the Colonial State in Nineteenth Century Colonial North India (Oxford University Press, 2002) and related articles analysed the reconstitution of the family and martial masculinities amongst elite lineages in British India, against the backdrop of colonial ideologies, political culture and material realities. Her research interests include gender and households, monasticism and asceticism, religion and the public sphere, Hindu nationalism, and urban history. She is currently finalising a book manuscript entitled ‘Producing Hindu Publics, Sadhus, Sampraday and Hindu Nationalism in Twentieth Century India’, which explores the intersection of monasticism with a host of political bodies espousing visions of the Hindu ‘nation’. This project was funded by a Social Sciences and Humanities Research Council (SSHRC) Standard Research Grant.

Dr. Kasturi is also working on two other research projects. After finishing her second book manuscript, she will continue to write about various aspects of monasticism, with a particular focus on family, sexuality and asceticism. Her second project, ‘The ‘Lost’ Mughal Pensioners of Banaras: ‘Diasporic’ Families, Memory and Urban History in South Asia, 1800 to the Present’, funded by a SSHRC Insight grant (2015), studies how elite Muslim households have shaped urban space and a cosmopolitan public culture in ‘Hindu’ pilgrimage centres in recent times. Dr. Kasturi’s articles have appeared in edited collections and in journals such as Modern Asian Studies, the Indian Economic Social and History Review, Studies in History and the Indian Journal of Gender Studies. She has been a research fellow at the Agrarian Studies Programme, Yale University, and more recently at the Indian Institute of Advanced Study, Shimla, and the Centre for Contemporary Studies, Nehru Memorial Museum and Library, New Delhi.