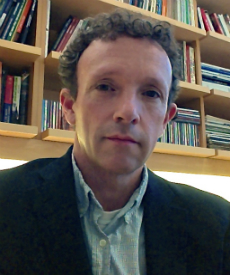 Luis van Isschot is a historian of modern Latin America, specializing in the study of social movements, political violence, and human rights.  His first book "The Social Origins of Human Rights: Protesting Political Violence in Colombia’s Oil Capital, 1919-2010", was published by the University of Wisconsin Press in 2015 as part of their Critical Human Rights series.  It has been published in Spanish by Editorial Universidad del Rosario.

Luis van Isschot’s newest research, which received support from the Social Sciences and Humanities Research Council, concerns Latin American participation in global anti-colonial networks in the 1960s and 1970s.  His current book project focusses on civil society organized popular tribunals, including the Bertrand Russell Tribunal and the Permanent Peoples Tribunal, as well as numerous grassroots initiatives.  He is also working on a history of the Inter-American Court of Human Rights.

Luis van Isschot is a member of a research team led by Marie-Christine Doran at the University of Ottawa working on the criminalization of protest in Latin America. Information about the Observatoire Violences, criminalisation et démocratie en Amérique latine can be found here.

For more than two decades Luis van Isschot has been professionally concerned with human rights, conducting research and advocacy work in Latin America, North America and Africa.  He has also conducted research and written opinions on issues of human rights violations and crimes against humanity in Colombia for a variety of legal cases.