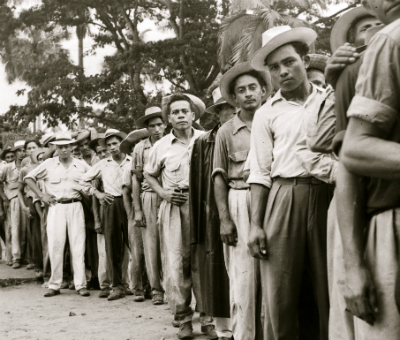 Slate Magazine has published a story on Department of History Prof. Kevin Coleman’s book, A Camera in the Garden of Eden.

Slate interviewed Prof. Coleman to ask about his formulation of the United Fruit Company as a "tool of industry, applied science, and marketing." Coleman's book investigates vast archives of photographs from a Honduran studio photographer who bore witness to the formation and dealings of the United Fruit Company, an American corporation that, like others of its kind, held enormous political and economic sway in the so-called "banana republics" of the mid-20th century.