This talk will think through the ways that performing race, as opposed to being perceived as a racialized actor, are assessed and rewarded in acting, and it will draw connections from the early modern period to the nineteenth century to the twenty-first century. Using Christina Sharpe’s concept of “wake work,” this talk will “articulate a method of encountering a past that is not past.” While the 17th century is not the same as the 21st century, that past is not past. The waves that rippled through early modern London theatres continue to roll through 21st century American ones, and this talk will attempt to create methodological ways to see and think through the systems that create and sustain inequities.

Ayanna Thompson is a scholar of Shakespeare, race, and performance. She is the author of many books including Blackface and Passing Strange: Shakespeare, Race, and Contemporary America. As a Professor of English at Arizona State University, she directs the Arizona Center for Medieval and Renaissance Studies, where she created RaceB4Race, an ongoing conference series and professional network community by and for scholars of color working on issues of race in premodern literature, history and culture. 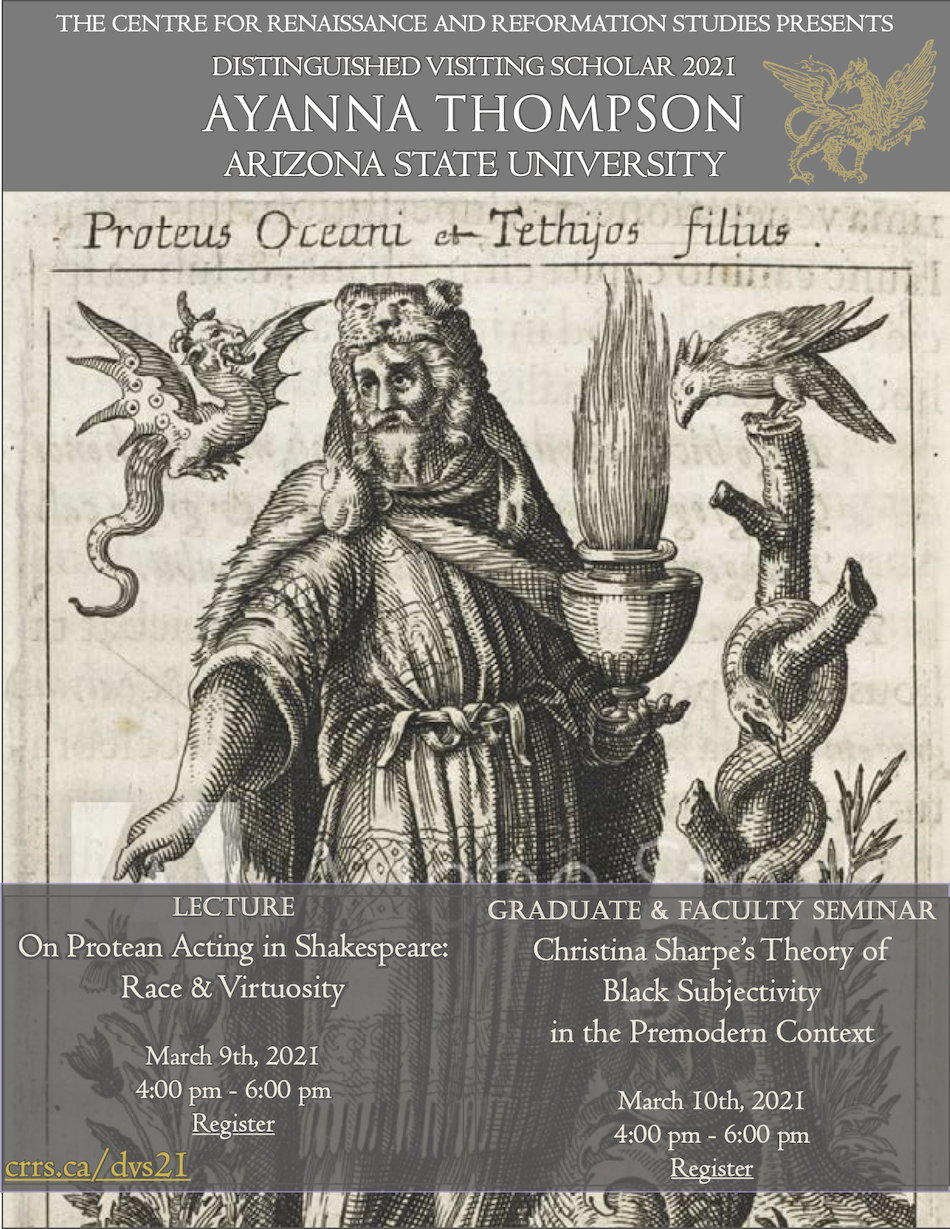 The Centre for Renaissance and Reformation Studies