Precarity and Possibility: The Labor of Underground Video Dealers in Iran

In 1983 the newly established Islamic Republic banned all video technology. Until 1994 the personal use of home video equipment, including videocassettes and VCRs, constituted a crime, punishable with fines, jail time, and even lashings. In reality, this extreme form of regulation did little to curtail the use of home video. Instead, it drove the circulation of videocassettes underground, where a robust distribution network emerged, renting everything from Hollywood action films to Indian musicals. At the heart of this system were video dealers, who moved quietly through city streets with briefcases full of videocassettes and delivered movies for rent to their customers. Video dealers bore the responsibility of transporting contraband items between private and public spaces. Beyond this crucial act, they also served as tastemakers, curating the content that people were able to consume and instructing them on how to interact with new media technology. It would be easy to disregard video dealers as intermediaries responsible only for the logistics of moving videocassettes from one place to another. In this presentation, however, I demonstrate that video dealers were actually cultural laborers, even as they worked informally outside the bounds of state and corporate regulation. I show that in order to understand video dealing as a unique form of media work, we need to foreground the creativity implicit in the labor they performed. Today’s new economy—which treats creativity as a commodity—has transformed many forms of cultural work into invisible, unregulated labor. A historical case like the Iranian video dealer attunes us to the many entanglements between creativity, labor, and subjectivity.

Blake Atwood is an Associate Professor of Media Studies at the American University of Beirut, where he also serves as the Chair of the Department of Sociology, Anthropology, and Media Studies. He has published widely on media in Iran and Lebanon. He is the author of Reform Cinema in Iran: Film and Political Change in the Islamic Republic (Columbia University Press, 2016) and Underground: The Secret Life of Videocassettes in Iran (The MIT Press, forthcoming in Fall 2021). 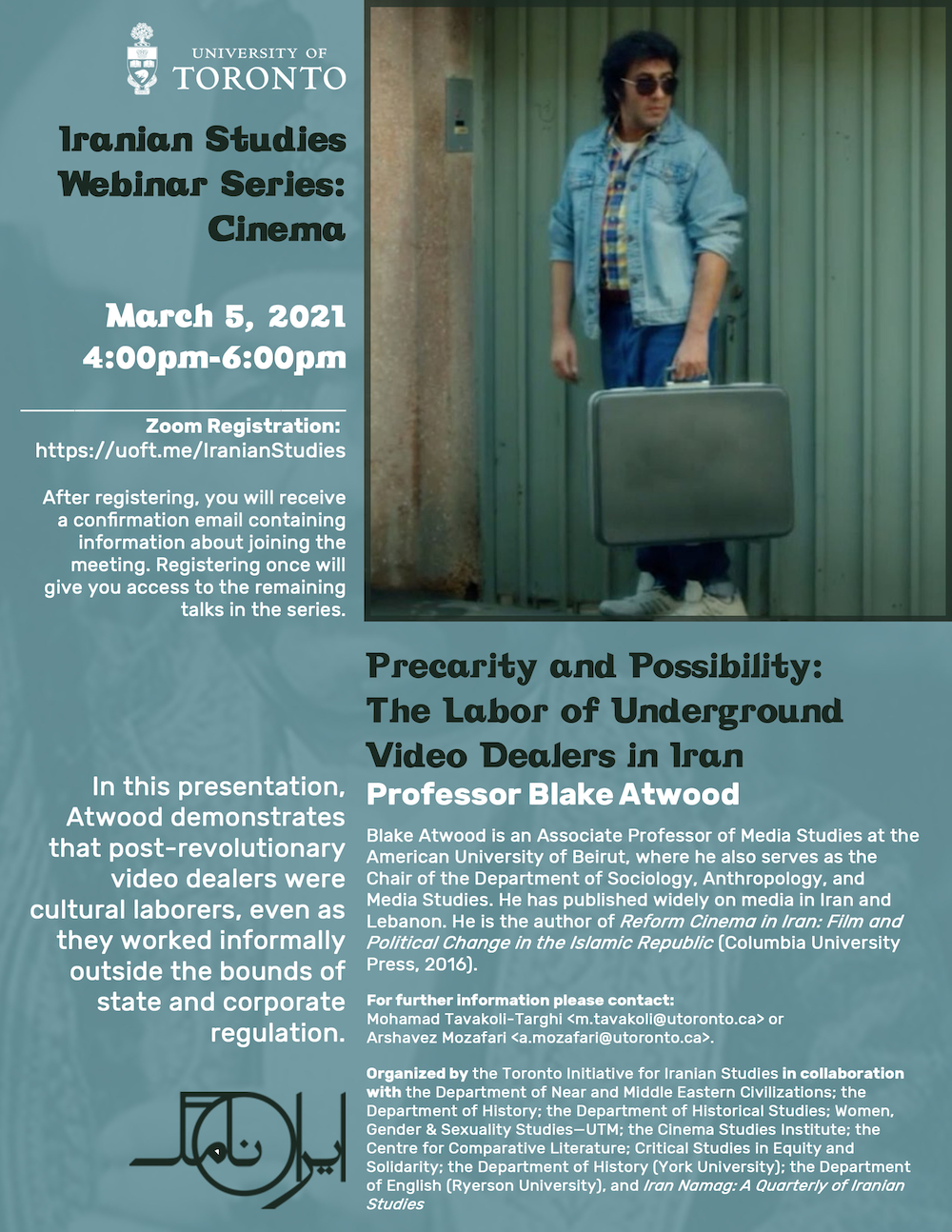