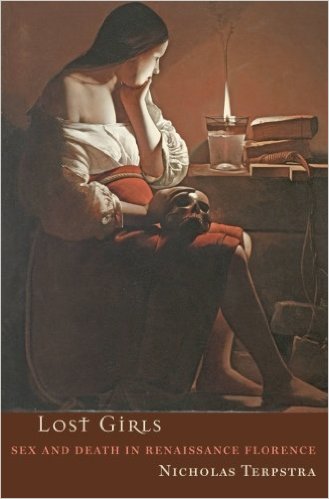 In 1554, a group of idealistic laywomen founded a home for homeless and orphaned adolescent girls in one of the worst neighborhoods in Florence. Of the 526 girls who lived in the home during its fourteen-year tenure, only 202 left there alive. Struck by the unusually high mortality rate, Nicholas Terpstra sets out to determine what killed the lost girls of the House of Compassion shelter (Casa della Pieta).

Reaching deep into the archives' letters, ledgers, and records from both inside and outside the home, he slowly pieces together the tragic story. The Casa welcomed girls in bad health and with little future, hoping to save them from an almost certain life of poverty and drudgery. Yet this "safe" house was cruelly dangerous. Victims of Renaissance Florence's sexual politics, these young women were at the disposal of the city's elite men, who treated them as property meant for their personal pleasure.

With scholarly precision and journalistic style, Terpstra uncovers and chronicles a series of disturbing leads that point to possible reasons so many girls died: hints of routine abortions, basic medical care for sexually transmitted diseases, and appalling conditions in the textile factories where the girls worked.

Church authorities eventually took the Casa della Pieta away from the women who had founded it and moved it to a better part of Florence. Its sordid past was hidden, until now, in an official history that bore little resemblance to the orphanage's true origins. Terpstra's meticulous investigation not only uncovers the sad fate of the lost girls of the Casa della Pieta but also explores broader themes, including gender relations, public health, church politics, and the challenges girls and adolescent women faced in Renaissance Florence.