The Last Card: Inside George W. Bush's Decision to Surge in Iraq 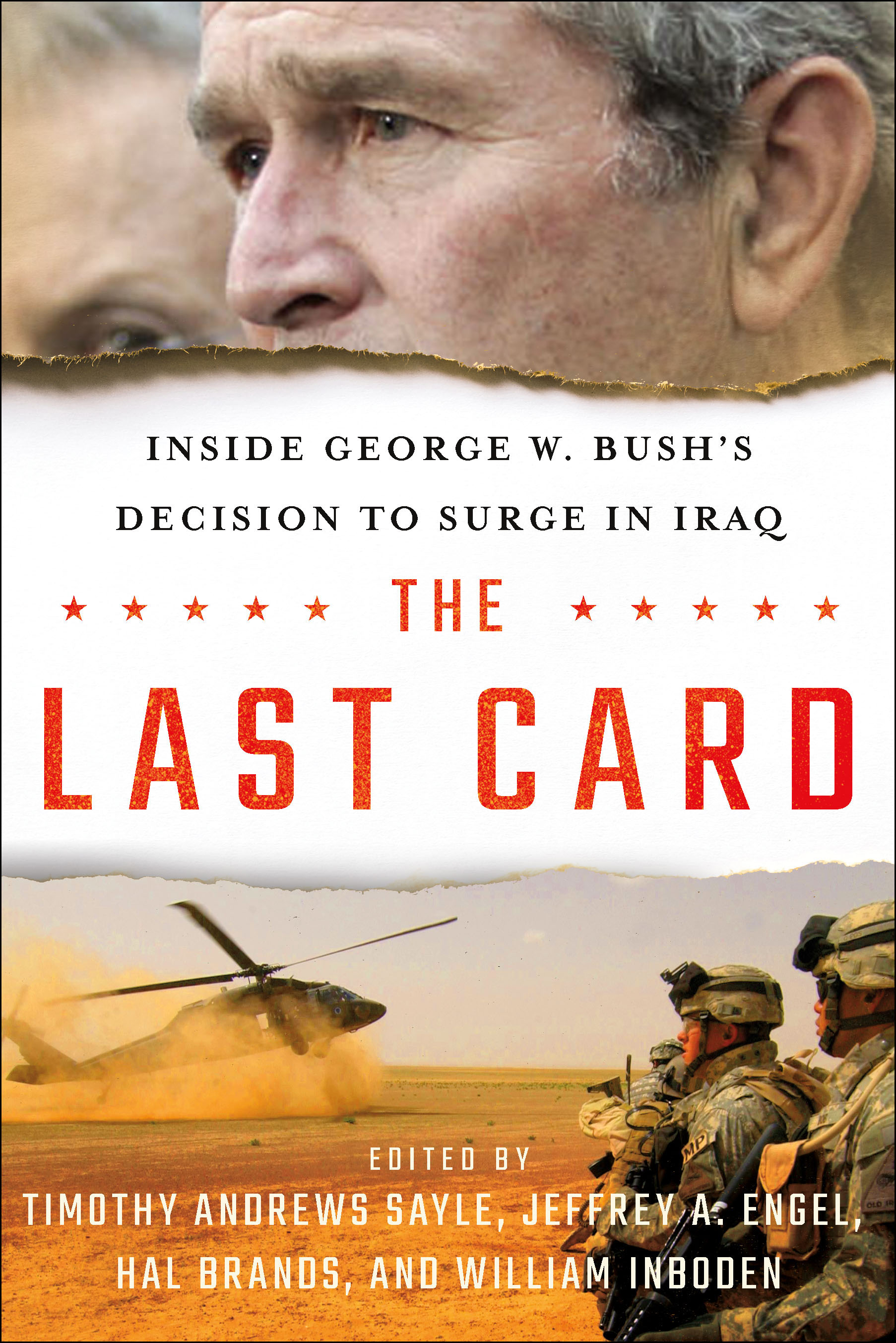 This is the real story of how George W. Bush came to double-down on Iraq in the highest stakes gamble of his entire presidency. Drawing on extensive interviews with nearly thirty senior officials, including President Bush himself. The Last Card offers an unprecedented look into the process by which President Bush overruled much of the military leadership and many of his trusted advisors, and authorized the deployment of roughly 30,000 additional troops to the warzone in a bid to save Iraq from collapse in 2007.

The adoption of a new counterinsurgency strategy and surge of new troops into Iraq altered the American posture in the Middle East for a decade to come. In The Last Card we have access to the deliberations among the decision-makers on Bush's national security team as they embarked on that course. In their own words, President George W. Bush, Vice President Dick Cheney, National Security Advisor Stephen Hadley, Secretary of State Condoleezza Rice, White House Chief of Staff Joshua Bolten, Secretary of Defense Robert Gates, and others, recount the debates and disputes that informed the process as President Bush weighed the historical lessons of Vietnam against the perceived strategic imperatives in the Middle East. For a president who had earlier vowed never to dictate military strategy to generals, the deliberations in the Oval Office and Situation Room in 2006 constituted a trying and fateful moment.

Even a president at war is bound by rules of consensus and limited by the risk of constitutional crisis. What is to be achieved in the warzone must also be possible in Washington, D.C. Bush risked losing public esteem and courted political ruin by refusing to disengage from the costly war in Iraq. The Last Card is a portrait of leadership—firm and daring if flawed—in the Bush White House.

The personal perspectives from men and women who served at the White House, Foggy Bottom, the Pentagon, and in Baghdad, are complemented by critical assessments written by leading scholars in the field of international security. Taken together, the candid interviews and probing essays are a first draft of the history of the surge and new chapter in the history of the American presidency.