Enduring Alliance: A History of NATO and the Postwar Global Order 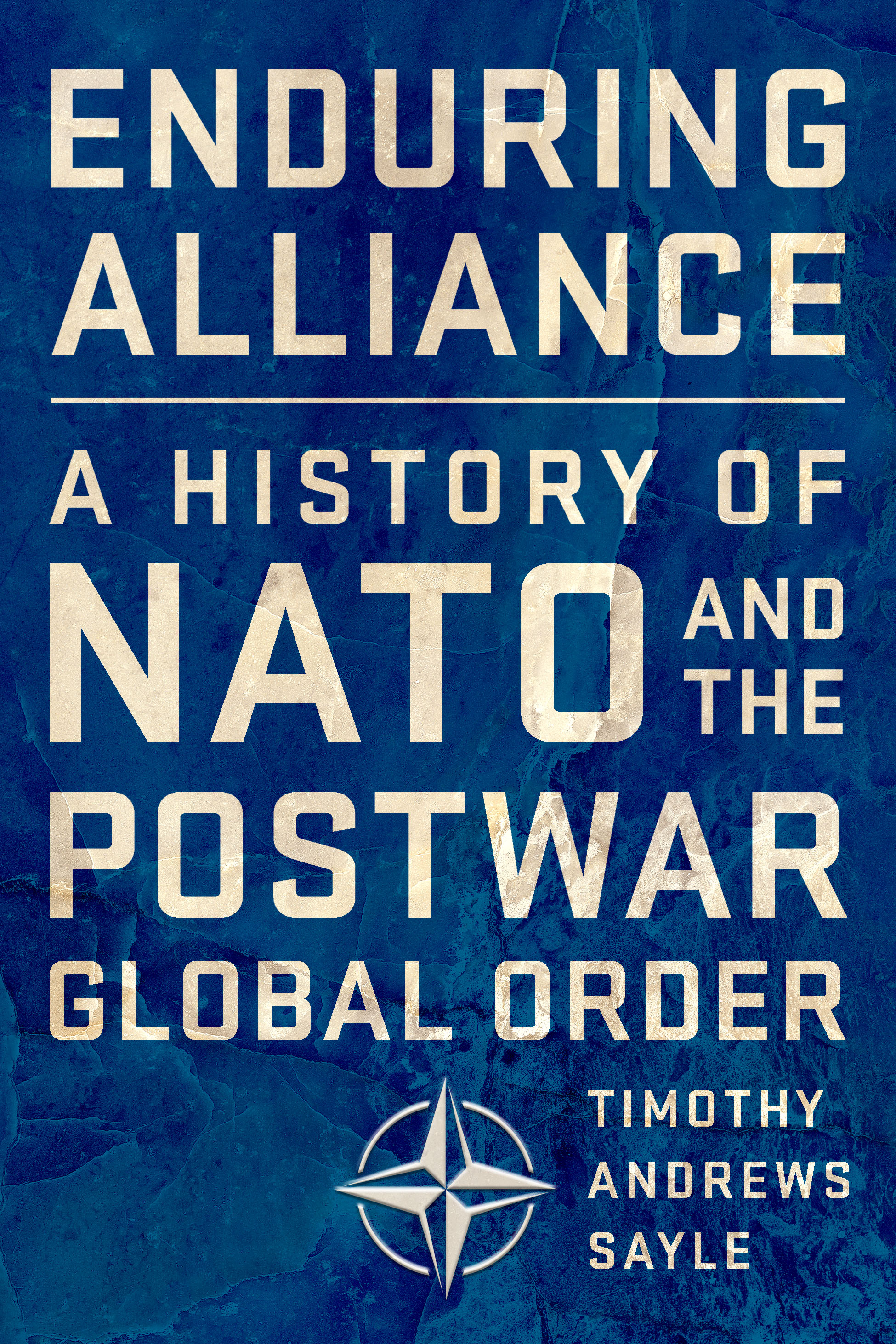 Born from necessity, the North Atlantic Treaty Organization (NATO) has always seemed on the verge of collapse. Even now, some seventy years after its inception, some consider its foundation uncertain and its structure weak. At this moment of incipient strategic crisis, Timothy A. Sayle offers a sweeping history of the most critical alliance in the post-World War II era.

In Enduring Alliance, Sayle recounts how the western European powers, along with the United States and Canada, developed a treaty to prevent encroachments by the Soviet Union and to serve as a first defense in any future military conflict. As the growing and unruly hodgepodge of countries, councils, commands, and committees inflated NATO during the Cold War, Sayle shows that the work of executive leaders, high-level diplomats, and institutional functionaries within NATO kept the alliance alive and strong in the face of changing administrations, various crises, and the flux of geopolitical maneuverings. Resilience and flexibility have been the true hallmarks of NATO.

As Enduring Alliance deftly shows, the history of NATO is organized around the balance of power, preponderant military forces, and plans for nuclear war. But it is also the history riven by generational change, the introduction of new approaches to conceiving international affairs, and the difficulty of diplomacy for democracies. As NATO celebrates its seventieth anniversary, the alliance once again faces challenges to its very existence even as it maintains its place firmly at the center of western hemisphere and global affairs.