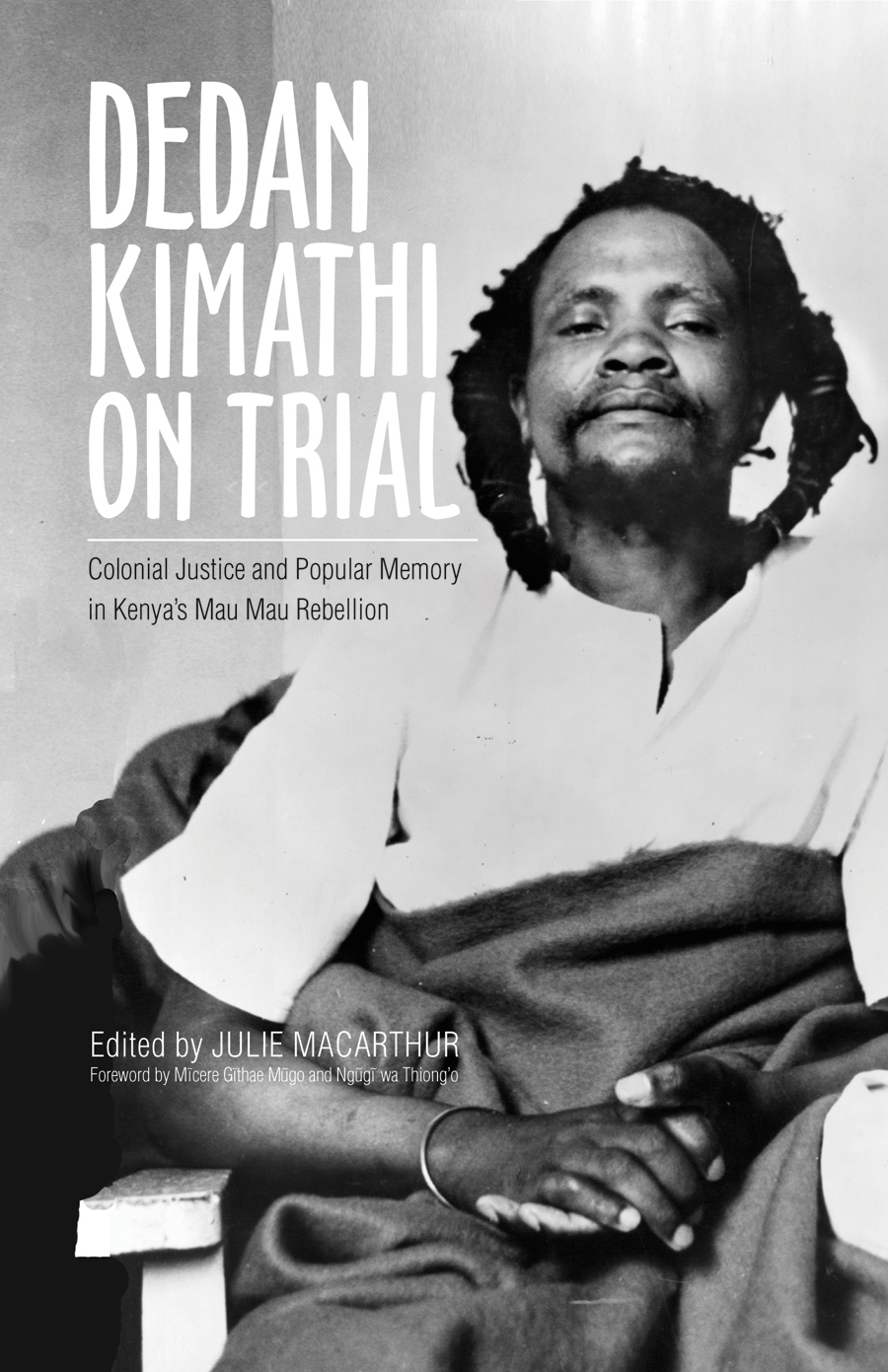 Perhaps no figure embodied the ambiguities, colonial fears, and collective imaginations of Kenya’s decolonization era more than Dedan Kimathi, the self-proclaimed field marshal of the rebel forces that took to the forests to fight colonial rule in the 1950s. Kimathi personified many of the contradictions that the Mau Mau rebellion represented: rebel statesman, literate peasant, modern traditionalist. His capture and trial in 1956, and subsequent execution, for many marked the end of the rebellion and turned Kimathi into a patriotic martyr.

Dedan Kimathi on Trial unearths a piece of the colonial archive long thought lost, hidden, or destroyed. Its discovery and landmark publication unsettles an already contentious history and prompts fresh examinations of its reverberations in the present.

Here, the entire trial transcript is available for the first time. This critical edition also includes provocative contributions from leading Mau Mau scholars reflecting on the meaning of the rich documents offered here and the figure of Kimathi in a much wider field of historical and contemporary concerns. These include the nature of colonial justice; the moral arguments over rebellion, nationalism, and the end of empire; and the complexities of memory and memorialization in contemporary Kenya.