Death in the Peaceable Kingdom: Canadian History since 1867 through Murder, Execution, Assassination, and Suicide

University of Toronto Press
2015
Access or Purchase This Publication

Death in the Peaceable Kingdom.JPG 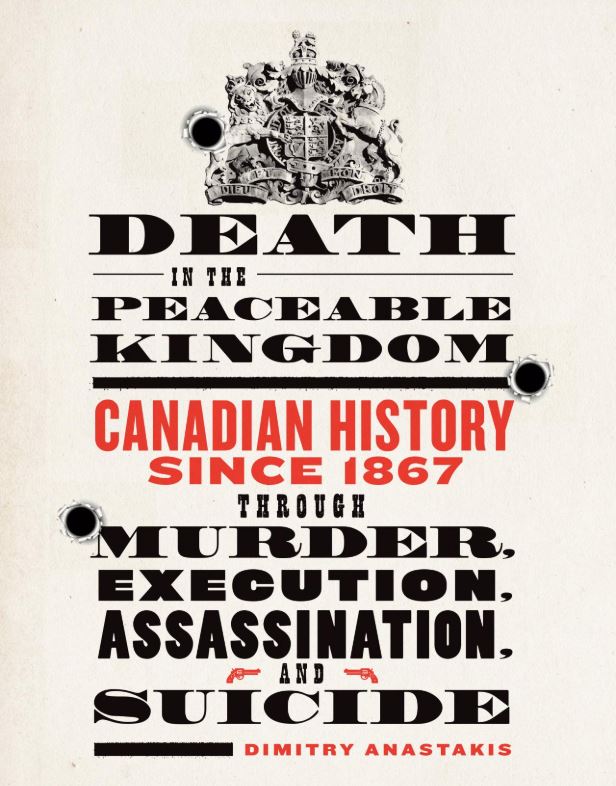 Death in the Peaceable Kingdom is an intelligent, innovative response to the incorrect assumption that Canadian history is dry and uninspiring. Using the "hooks" of murder, execution, assassination, and suicide, Dimitry Anastakis introduces readers to the full scope of post-Confederation Canadian history.

Beginning with the assassination of Thomas D'Arcy McGee, Anastakis recounts the deaths of famous Canadians such as Louis Riel, Tom Thomson, and Pierre Laporte. He also introduces lesser-known events such as the execution of shell-shocked deserter Pte. Harold Carter during the First World War and the suicide of suspected communist Herbert Norman in Cairo during the Cold War. The book concludes with recent Canadian deaths including the suicides of Amanda Todd and Rehtaeh Parsons as a result of cyberbullying.

Complementing the chapters are short vignettes—"Murderous Moments" and "Tragic Tales"—that point to broader themes and issues. The book also contains a number of "Active History" exercises such as activities, assignments, and primary document analyses. A timeline, 24 images, and further reading suggestions are included.