University of Manitoba Press
2017
Access or Purchase This Publication 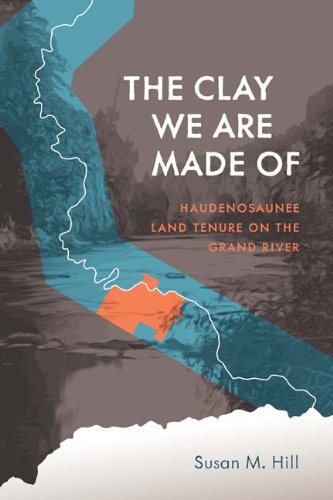 In The Clay We Are Made Of, Susan M. Hill presents a revolutionary retelling of the history of the Grand River Haudenosaunee from their Creation Story, through European contact, to contemporary land claims negotiations. She incorporates Indigenous theory, Fourth world post-colonialism, and Amerindian autohistory, along with Haudenosaunee languages, oral records, and wampum strings to provide a comprehensive account of the Haudenosaunee relationship
to their land.

Hill outlines the basic principles and historical knowledge contained within four key epics passed down through Haudenosaunee history. She highlights the political role of women in land negotiations and dispels their misrepresentation in the scholarly canon. She guides the reader through treaty relationships with Dutch, French, and British settler nations—including the Kaswentha/ Two-Row Wampum (the precursor to all future Haudenosaunee-European treaties), the Covenant Chain, the Nanfan Treaty, and the Haldimand Proclamation—and details outstanding land claims. Hill’s study concludes with a discussion of the current problematic relationship between the Grand River Haudenosaunee and the Canadian government, and reflects on the meaning and possibility of reconciliation.