The Children of Africa in the Colonies: Free People of Color in Barbados in the Age of Emancipation 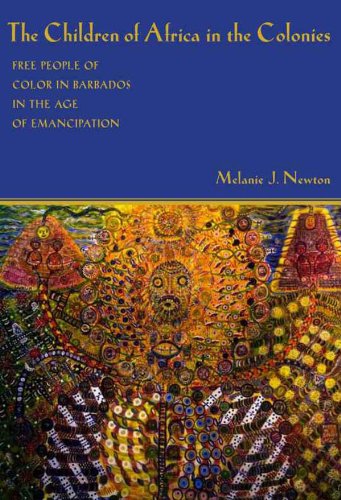 When a small group of free men of color gathered in 1838 to celebrate the end of apprenticeship in Barbados, they spoke of emancipation as the moment of freedom for all colored people, not just the former slaves. The fact that many of these men had owned slaves themselves gives a hollow ring to their lofty pronouncements. Yet in The Children of Africa in the Colonies, Melanie J. Newton demonstrates that simply dismissing these men as hypocrites ignores the complexity of their relationship to slavery. Exploring the role of free blacks in Barbados from 1790 to 1860, Newton argues that the emancipation process transformed social relations between Afro-Barbadians and slaves and ex-slaves.

Free people of color in Barbados genuinely wanted slavery to end, Newton explains, a desire motivated in part by the realization that emancipation offered them significant political advantages. As a result, free people's goals for the civil rights struggle that began in Barbados in the 1790s often diverged from those of the slaves, and the tensions that formed along class, education, and gender lines severely weakened the movement. While the populist masses viewed emancipation as an opportunity to form a united community among all people of color, wealthy free people viewed it as a chance to better their position relative to white Europeans.

To this end, free people of color refashioned their identities in relationship to Africa. Prior to the 1820s, Newton reveals, they downplayed their African descent, emphasizing instead their legal status as free people and their position as owners of property, including slaves. As the emancipation debate in the Atlantic world reached its zenith in the 1820s and 1830s and whites grew increasingly hostile and inflexible, elite free people allied themselves with the politics of the working class and the slaves, relying for the first time on their African heritage and the association of their skin color with slavery to openly challenge white supremacy.

After emancipation, free people of color again redefined themselves, now as loyal British imperial subjects, casting themselves in the role of political protectors of their ex-slave brethren in an attempt to escape social and political disenfranchisement. While some wealthy men of color gained political influence as a result of emancipation, the absence of fundamental change in the distribution of land and wealth left most men and women of color with little hope of political independence or social mobility.

Mining a rich vein of primary and secondary sources, Newton's study elegantly describes how class divisions and disagreements over labor and social policy among free and slave black Barbadians led to political unrest and devastated the hope for an entirely new social structure and a plebeian majority in the British Caribbean.