American Abyss: Savagery and Civilization in the Age of Industry 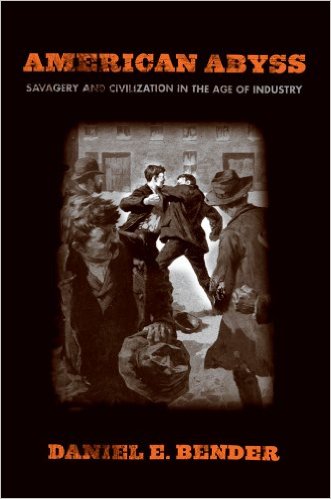 At the beginning of the 20th century, industrialization both dramatically altered everyday experiences and shaped debates about the effects of immigration, empire, and urbanization. In American Abyss, Daniel E. Bender examines an array of sources—eugenics theories, scientific studies of climate, socialist theory, and even popular novels about cavemen—to show how intellectuals and activists came to understand industrialization in racial and gendered terms as the product of evolution and as the highest expression of civilization.

Their discussions, he notes, are echoed today by the use of such terms as the "developed" and "developing" worlds. American industry was contrasted with the supposed savagery and primitivism discovered in tropical colonies, but observers who made those claims worried that industrialization, by encouraging immigration, child and women's labor, and large families, was reversing natural selection. Factories appeared to favor the most unfit. There was a disturbing tendency for such expressions of fear to favor eugenicist "remedies."

Bender delves deeply into the culture and politics of the age of industry. Linking urban slum tourism and imperial science with immigrant better-baby contests and hoboes, American Abyss uncovers the complex interactions of turn-of-the-century ideas about race, class, gender, and ethnicity. Moreover, at a time when immigration again lies at the center of American economy and society, this book offers an alarming and pointed historical perspective on contemporary fears of immigrant laborers.