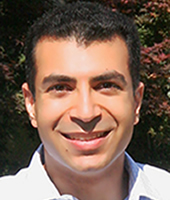 Dr. Shafique N. Virani is Professor of Islamic Studies at the University of Toronto. He was previously on the faculty of Harvard University and was later the Head of World Humanities at Zayed University in the United Arab Emirates. After earning a joint honours degree with distinction in Religious Studies and Middle East Studies and a master’s degree in Islamic Studies at McGill University in Montréal, he completed an AM and PhD at Harvard University. His scholarly work has received awards from the United Nations, the Organization of the Islamic Conference, the Middle East Studies Association, the Foundation for Iranian Studies, Harvard University, the International Farabi Prize, and the British-Kuwait Friendship Society Prize. He is also the recipient of the International Book of the Year award from the government of Iran, for which he was invited to Tehran as an official guest of state.

Teaching and Other Interests

Professor Virani’s teaching experience spans not only a diversity of subject matters but educational contexts as well. He has taught illiterate boatmen on the banks of the Ganges in Benares and members of the royal family in Abu Dhabi, Afghan refugee children in Calgary and Indonesian mullahs at McGill, troubled teenagers from inner-city high schools and both graduate and undergraduate students at Harvard. He loves teaching and has enjoyed learning from students of incredibly diverse backgrounds, in numerous countries and a variety of languages. The recipient of many teaching awards, Dr. Virani has pioneered the incorporation of multimedia and computer innovations in the curriculum to supplement traditional teaching methods. He is the first professor in North America to incorporate the I>Clicker classroom response system into the teaching of history and religion. In his spare time, Professor Virani loves doing volunteer work. He co-founded an Arabic summer camp for Syrian youth in the mountains of al-Khawabi and also sits on the governing board of the Madrasa Resource Centre of East Africa, which administers over 200 schools and reaches out to slum dwellers and other disadvantaged communities in Kenya, Uganda, Tanzania, and Zanzibar. He enjoys fiction, and co-wrote and acted in a Gujarati comedy, entitled “Sui Gayo Hashe” or “He Must Have Fallen Asleep,” which was performed in Vancouver, Edmonton and the Jubilee Auditorium in Calgary.

Professor Virani’s research and publications focus on Islamic history, philosophy, Sufism, Shi‘ism, and Islamic literatures in Arabic, Persian and South Asian languages. He has written a book, published through Oxford University Press, and has contributed articles to the Journal of the American Oriental Society, the Journal of Iranian Studies, Iran and the Caucasus, the Encyclopaedia of Religion, The Annual of Urdu Studies and several other academic journals and books. He also served on the board of editors for the Harvard Middle Eastern and Islamic Review.