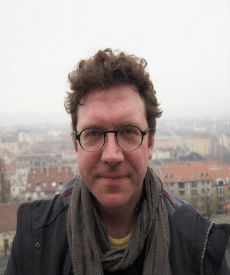 Sean Mills is professor and Canada Research Chair in Canadian and Transnational History. He came to the University of Toronto after completing a postdoctoral fellowship at New York University, and his research has addressed questions of migration, race, culture, political thought, gender, and empire. His first book, The Empire Within: Postcolonial Thought and Political Activism in Sixties Montreal (2010), was awarded the Quebec Writers’ Federation First Book Award, and earned an Honourable Mention for the Canadian Historical Association’s Sir John A. Macdonald Award/Governor General’s Award for Scholarly Achievement. The  dissertation from which it was derived won the John Bullen Award for the best history Ph.D. thesis in Canada, the Eugene Forsey Thesis Prize, and the Governor General’s Gold Medal. The book is now in its 4th printing, was reviewed in over 30 popular and academic publications, and was widely adopted for courses in a variety of disciplines. In 2011, the book was published in French translation as Contester l’empire. Pensée postcoloniale et militantisme politique à Montréal, 1963-1972.

Mills’ second major book, A Place in the Sun: Haiti, Haitians, and the Remaking of Quebec (2016) won the Prix de la présidence de l'Assemblée nationale du Québec for the best book in Quebec politics, as well as the Clio-Québec Prize from the Canadian Historical Association. The book also received an honourable mention for the Haitian Studies Association’s Avant Garde book prize, and was shortlisted for the Canada Prize and the Sir John A. Macdonald Award/Governor General’s Award for Scholarly Achievement. In the fall of 2016, the book was published in French translation as Une place au soleil. Haïti, les Haïtiens et le Québec. Mills is also the co-editor of New World Coming: The Sixties and the Shaping of Global Consciousness (2009), and Canada and the Third World: Overlapping Histories (2016), as well as the author of many articles and book chapters. In the fall of 2018 he was inducted as a Member of the College of New Scholars, Artists, and Scientists of the Royal Society of Canada. He is currently working on a new book about art, culture, and social change.