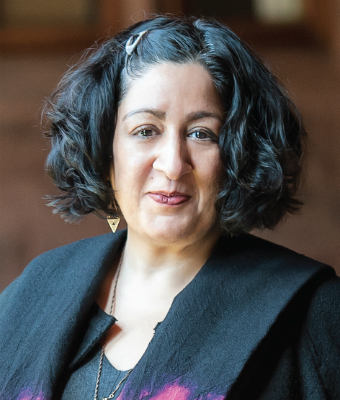 Ritu Birla is Associate Professor in the Department of History and also directs a research project in Global Governance, Economy and Society in collaboration with the Munk School of Global Affairs and Public Policy. She has previously held positions as the Richard Charles Lee Director of the Asian Institute at the Munk School, and before that, Director of the Asian Institute’s sub-unit, the Centre for South Asian Studies.  Recognized for bringing the empirical study of economy and empire to current questions in social and political theory, her research has sought to build new conversations in the global study of capitalism and its forms of governing.  She is the author of Stages of Capital: Law, Culture and Market Governance in Late Colonial India (Duke University Press, 2009; Orient Blackswan India, 2010), winner of the 2010 Albion Book Prize in British Studies.  Cited widely for its foundational analysis of colonial law on markets and what she has called “vernacular” kinship-based capitalism, the book charts the production of that modern abstraction we call “the economy” as an object of governance, as a name for the public and as a model for social relations.  Birla has published across the social sciences and humanities in venues such as Social Research International, Public Culture, Modern Asian Studies, and The Journal of Law and Society. Her writing has addressed the legal fictions that animate capitalist economic modernity—from the family, to the trust to the corporation—and has investigated law, culture and economy as gendered and mutually constitutive value-systems. Her recent research has turned to processes of economization, financialization and governance, especially the institutionalization of risk, uncertainty and derivative value. These research projects are woven into her ongoing work on non-western formations of political and economic liberalism, epistemologies of the modern economic subject/agent, and post-colonial intellectual history and theory.  She is a member of the Senior Editorial Board of the award-winning journal Public Culture, and on the Editorial Advisory Board of Capitalism and History.

Birla has co-edited Speculation: India and Futures of Capitalism, in Comparative Studies of South Asia, Africa and Middle East 35:3 (Dec. 2015), a project that delves into the subcontinent to uncover new global practices that play with instabilities of value for both profit and survival. Representative of her attention to the many geographies of political, social and economic ideas, Itineraries of Self-Rule: Essays on the Centenary of Hind Swaraj, a special issue of Public Culture 23:2 (Spring 2011) co-edited with Faisal Devji (Oxford) and the product of conferences in Johannesburg and Mumbai, addresses the transnational circuits of M.K. Gandhi’s thought.  Birla is currently completing on a colonial genealogy of neoliberal thought and governance via questions in the long history of India’s economic liberalization entitled Neoliberalism and Empire, a book solicited by Duke University Press, for which she received a Jackman Humanities Institute Faculty Research Fellowship. Other current projects include research on law and the history of philanthropy; currency and global governance; family law as constitutive “outside” for liberal market society; and the historiography of capitalism as seen from non-western sites.

Birla graduated from the first coeducational class at Columbia College, Columbia University summa cum laude with a double major in History and South Asian Studies.  She then travelled to Cambridge University on a Euretta J. Kellett Fellowship, where she earned a second B.A. and M.A. in History and returned to Columbia for her PhD.  She has delivered endowed and invited public lectures, including the Godrej Archives Lecture on Indian Economic History in Mumbai, The Carol Breckenridge Memorial Lecture in South Asian History at the New School for Social Research in New York, and spoken to both ideas and policy at venues such as the Advanced Seminar at Harvard’s Institute for Global Law and Policy and the Kennedy Center in Washington, DC. In addition to recognition for her research, she has also received two teaching awards, the Presidential Award for Outstanding Teaching from Columbia University, and the Arts and Sciences Student Union Teaching Award at the University of Toronto.