Anxieties in Conflict: The Tale of Anna del Monte

Kenneth Stow’s latest book, Anna and Tranquillo: Catholic Anxiety and Jewish Protest in the Age of Revolutions recounts the experience of an eighteenth century Jewish woman who resisted the efforts of papal authorities to force her conversion to Catholicism.  The book began as a set of Shier Lectures offered at the University of Toronto when Professor Stow was its Visiting Shier Professor in 2006.  Join us now as he tells Anna’s story, based on her diary, and expands on its significance historically and for today.

A light lunch will be served, and copies of the book will be available. 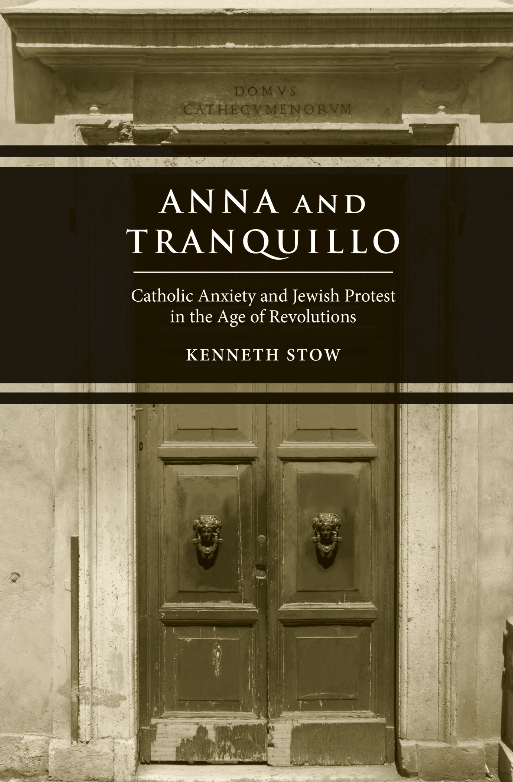 After being seized by the papal police in Rome in May 1749, Anna del Monte, a Jew, kept a diary detailing her captors’ efforts over the next thirteen days to force her conversion to Catholicism. Anna’s powerful chronicle of her ordeal at the hands of authorities of the Roman Catholic Church, originally circulated by her brother Tranquillo in 1793, receives its first English-language translation along with an insightful interpretation by Kenneth Stow of the incident’s legal and historical significance. Stow’s analysis of Anna’s dramatic story of prejudice, injustice, resistance, and survival during her two-week imprisonment in the Roman House of Converts—and her brother’s later efforts to protest state-sanctioned, religion-based abuses—provides a detailed view of the separate forces on either side of the struggle between religious and civil law in the years just prior to the massive political and social upheavals in America and Europe.