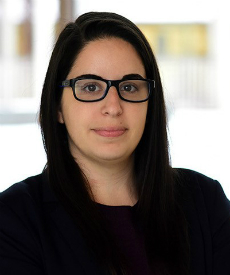 Shira Lurie is a political historian of the American founding era. Her areas of interest include political culture, protest, partisanship, and political violence. She is currently working on a book tentatively entitled "Protest and Power: Liberty Poles and the Struggle for American Democracy." She has written pieces for The Journal of the Early Republic, The Washington Post, Inside Higher Ed, Nursing Clio, and American Revolutions.

“Liberty Poles and the Fight for Popular Politics in the Early Republic,” Journal of the Early Republic 38, 4 (2018)
“Why Donald Trump’s immigration play could backfire big time in 2020,” The Washington Post, March 19, 2019
“Why the White House is Pushing a Doctored Video,” The Washington Post, November 9, 2018
"Liberty Poles and the Two American Revolutions." Age of Revolutions, July 3, 2017
“Liberty Poles and Protest in the Founding Era,” Nursing Clio, February 16, 2017
"Liberal Arts in a World Gone Mad," Inside Higher Ed, January 15, 2017