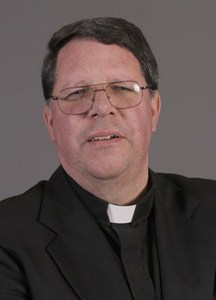 Born and raised in Burlington, Vermont, Thomas Worcester studied French language and literature at Columbia University before earning Master’s degrees in theology at Harvard Divinity School and Weston School of Theology. He received his Ph.D. in History from Cambridge University, where his dissertation focused on preaching and religious culture in early seventeenth-century France. In 2018 he was appointed Professor of History (status-only) at the University of Toronto.

For more than two decades he was a professor in the History Department at the College of the Holy Cross (Massachusetts), where his courses included Louis XIV’s France, Jesuits and Global Catholicism, Saints and Sinners, and The Papacy in the Modern World.

He was trained as a spiritual director at Mercy Center in Burlingame, California.