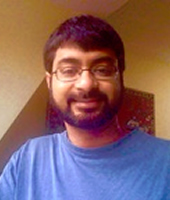 Shami works across a number of fields in medieval studies, with a focus on Germanic-speaking Europe. Much of his past research has been on medieval historiography and economic history, and he is also broadly interested in social history and the history of everyday life. His first book, Kings' Sagas and Norwegian History (2011), was a study of vernacular and Latin historical writing in Iceland and Norway in the 12th and 13th centuries; his second book, Writing the Barbarian Past (2015), analysed the presentation of the pre-Christian, non-Roman past in a number of Latin and vernacular narratives from the 6th to the 10th century. He has also published articles in Crusades, Agricultural History Review, Journal of Early Modern History, Journal of Agrarian Change, Modern Asian Studies, and Vierteljahrschrift für Sozial- und Wirtschaftsgeschichte, among other journals, and over 40 reviews and review essays. He is current two major projects that should result in two monographs over the next ten years: an empirical study of the commercialisation of rural society in late-medieval southern Germany; and a survey of the Great Divergence debate.

Over 40 reviews and review articles in Speculum, Sixteenth-Century Journal, Medium Aevum, Canadian Journal of History, Reviews in History, The Medieval Review, Early Medieval Europe, among others.