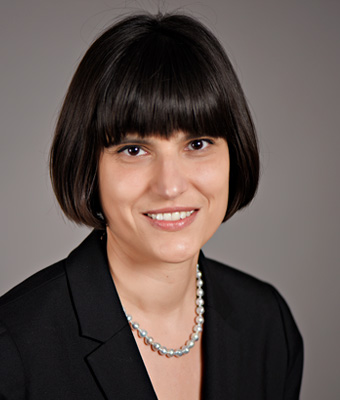 Milena Methodieva is a scholar of Ottoman, Balkan, and Turkish history. She received her PhD from Princeton, MA from Bilkent University, Turkey, and BA from the American University in Bulgaria. Her scholarship is concerned with the political, intellectual, and social transformations in the late Ottoman empire, its successors in the Balkans, and modern Turkey. She is interested in exploring history from the perspective of marginalized groups and showing their role in the historical process. Her work often looks at events in transnational context. She also adopts such approaches in her teaching.

Milena Methodieva’s first book titled “Between Empire and Nation: Muslim Reform in the Balkans” is forthcoming with Stanford University Press in January 2021. The book tells the story of the transformation of the Muslim community in modern Bulgaria during a period of imperial dissolution, conflicting national and imperial enterprises, and the emergence of new national and ethnic identities. It explores how these former Ottoman subjects, now under Bulgarian rule, navigated between empire and nation-state, and sought to claim a place in the larger modern world. Based on a wide array of primary sources and drawing on Ottoman and Eastern European historiographies, this work approaches the question of Balkan Muslims' engagement with modernity through a transnational lens, arguing that the experience of this Muslim minority provides new insight into the nature of nationalism, citizenship, and state formation.

Dr. Methodieva currently works on two research projects. “Migrant Tales (1870s-1920s)” looks at population migrations, the end of the Ottoman imperial order, and the making of modern Turkey. “Exporting the Kemalist Revolution (1920s-30s)” examines the reception and interpretations of Turkey’s Kemalist reforms among Muslim communities in the Balkans.